Harry Arlo Nimmo, an American cultural anthropologist and short story writer, was born August 26, 1936 in the small farming community of Monroe, Iowa.  He graduated from the University of Northern Iowa where he majored in English and was active in journalism, serving as managing editor of the college newspaper and editor of the yearbook.

His growing interests in the Pacific and Southeast Asia led him to the University of Iowa to study anthropology in 1960.  The following year he continued graduate study in anthropology at the University of Hawaii where he was awarded a grant to the East West Center.  Under the auspices of the grant, Nimmo participated in the Coordinated Investigation of Sulu Culture jointly sponsored by the Ateneo de Manila University and the Notre Dame of Jolo College in the Philippines.  He conducted field research in the Tawi-Tawi Islands where he investigated the social organization of the nomadic boat-dwelling Sama Dilaut (also known as Bajau) for his MA degree which he received in 1965. 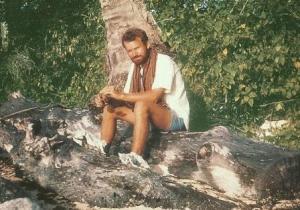 After completing his MA degree, Nimmo joined the newly created PhD program in anthropology at the University of Hawaii.  He returned to Tawi-Tawi in 1965 for an additional eighteen months of field research for his PhD dissertation which investigated changes that occurred when the nomadic boat-dwelling Sama Dilaut moved to houses and embraced a more sedentary life.   This research was sponsored by grants from the National Science Foundation (1965-1966) and the Wenner-Gren Foundation for Anthropological Research (1966-1967). While in the field he also collected data for the Cross-Cultural Study of Ethnocentrism at Northwestern University sponsored by the Carnegie Foundation (1967). On returning to Hawaii, he was awarded a National Defense Graduate Fellowship for writing his PhD dissertation.    He received his PhD from the University of Hawaii in 1969.

Nimmo has written twelve books and dozens of articles.   Most of these publications (including two collections of short stories) are based on his Philippines research, but he has also written about American popular culture, San Francisco history and Hawaii’s volcano goddess Pele.  His book of short stories The Songs of Salanda won the 1994 Philippines National Book Award for Social Sciences and his book Magosaha, An Ethnography of the Tawi-Tawi Sama Dilaut won the 2002 Social Science Gintong Aklat Award for Excellence by the Book Development Association of the Philippines.   His biography The Andrews Sisters, published in 2004, was a finalist for the Association for Recorded Sound Collections Award for Excellence. His collection of short stories, A Very Far Place (2012), was a finalist in the 2013 Philippines National Book Award for short fiction.  At the 2002 annual conference of the Anthropological Association of the Philippines, Nimmo was awarded special recognition for his research in the Philippines. 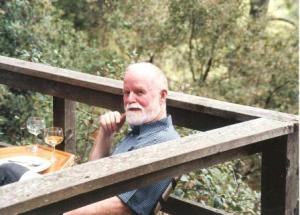